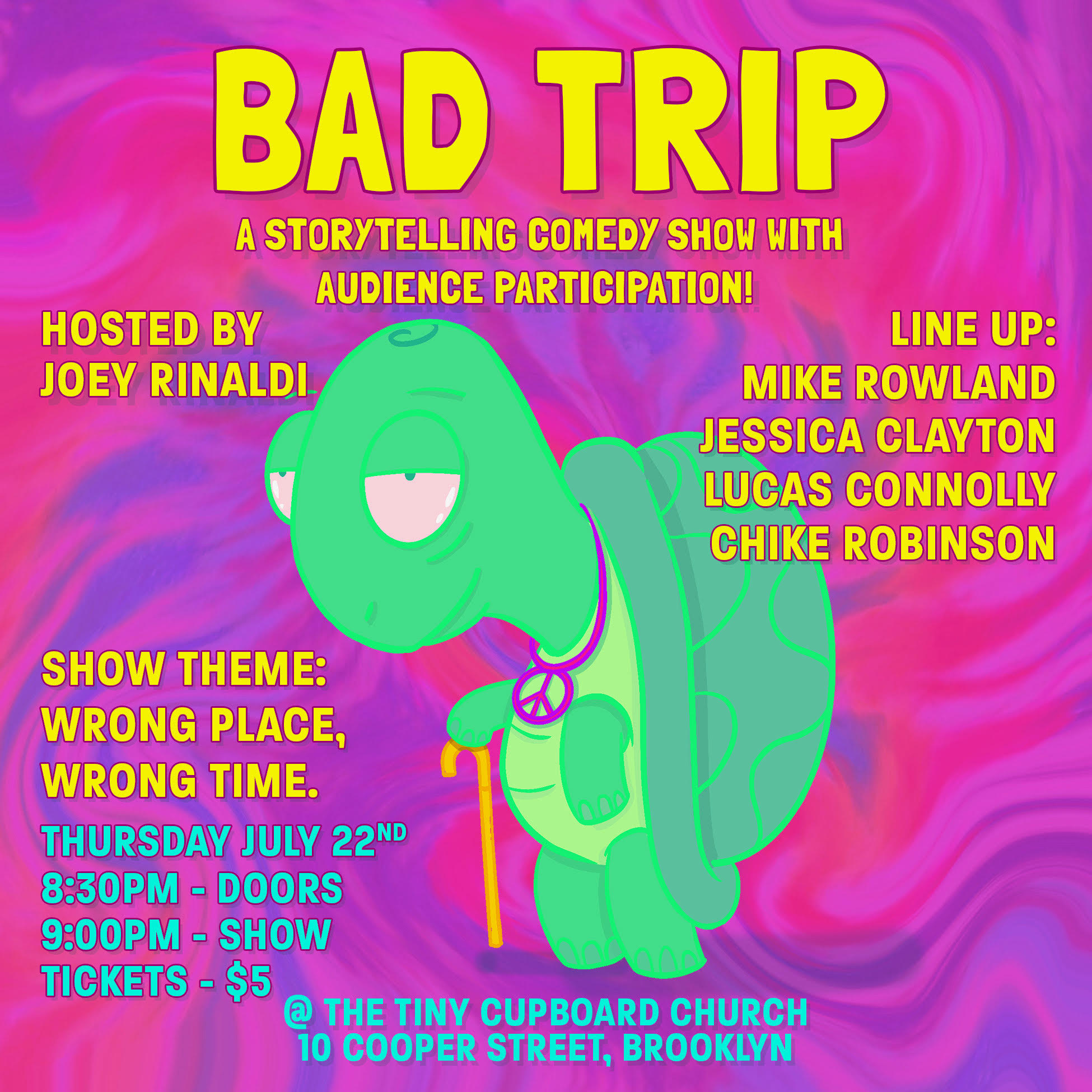 The only storytelling show where audience members win free drinks by answering funny trivia questions about the stories they watch.

After a year of comedians sharing stories on Zoom and Twitch every week, Bad Trip finally leaves the internet for its fourth ever live in person show. Join Joey Rinaldi, as he invites his comedian friends (from Comedy Central, HBO and Netflix) to take the night off of telling jokes so they can open up about the crazy things that have happened in their lives. After this wild year these performers have more stories to share than ever. Each performance ends with Joey curating a Q&A so the audience can ask the comedians anything they want about the stories they just heard.

All the info you need is below:

Comedian Joey Rinaldi, started this show on Zoom and Twitch at the start of the pandemic to give comedians a space to open up and share stories. This show was on Comedy Hub, which is Twitch’s first-ever Virtual Comedy Club. Each week there would be a theme and comedians would share stories on that theme. Over time it became more than just a storytelling comedy show, but a place for comedians to vent about the crazy stuff they’re going through. Audience members are welcomed to ask questions and participate as well.